The irony is not lost on me that I am writing a blog (content) on why content isn’t all it was.

But talk to many business owners about their ability to directly link their content to active red hot leads is ambiguous. From a marketing standpoint yes, arggh, we know you need content. You need an active website. You need to update and revisit your content for the Google gods to reward you with a top of the pops ranking but if anyone out there is creating content it’s a hard slog. I know I’m the bearer of bad news here but you’re competing again millions of blogs getting published each day. That’s right each day. In 2019 its estimated that 4.4 million blogs were published E-V-E-R-Y day. It quickly starts feeling like a thankless task.

The reasons behind content creation is for two things.

Here’s the problem of why the conversion is unclear. Subscribers, readers, followers can be a passive bystanders for many days, months and years consuming content and if we never purchase then that is a lot of time and money out the door for creators in the hope someone will pick up the phone.

We can measure likes but we can’t measure engagement unless it results in an action.  Unfortunately, I’ve confirmed the need to create content is still there. Articles, blogs and videos are all necessary evils but if you want to engage people on a higher level we need to turn up the notch a little.

Ok Liv, ‘where’s it all at?’ I hear you say. It all lies with creating…

Community offers the one thing that we all want and need which is connection. If there is anything that this time of housebound madness has taught us is that we need connections.We need to offer the chance for our customers and potential customers to meet with us on a different plain. Sure, it might not be face to face all of the time but many people have proven connection online is totally doable.

I’ve held some online sessions of late and it was with some apprehension and some reservation on whether I could create engaging experiences in the online space. My happy place is in a room full of people with a some post-its sharpies and an ability to read a room. These are all things I miss and I won’t lie it is slightly trickier in an online space but it’s totally doable. It comes down to authenticity and fulfilling a need. It could be the need for a chat or the need for information or inspiration. We’re all after something.

By creating a community and connections you are offering an opportunity for people to connect, learn from each other and provide an experience.

When you write the next earth shattering post you’ll experience what many of us content creators do. Some people read it. Most will scroll past it, or like it without reading it, save it to read later (which is as good as filing it in the bin) or perhaps not even see it if because they haven’t opened up their spam that day or logged onto LinkedIn or Facebook.

By creating a conversation instead of posting an article you begin a live connection and form communication that isn’t all one way. There is back and forth, engagement respect and understanding. It’s not a passive speed read and then back into the newsfeed.

At 8:45am on September 11, 2001 suddenly an explosion near the top of the north tower of the World Trade Centre occurred. Thousands stopped in their tracks to watch black smoke pour from the place of impact—an awful lot of smoke for what initially was mistaken for a small plane that had lost its way.

An attack on the world economy would leave more than an economic crisis, it was a human one. That statement might be sounding a little too familiar right now?In the wake of the attacks isolation and fear never being higher in NYC. Survivors had lost entire families. Workers lost colleagues and finding a new place in the world when overcome with grief is no easy feat. In 2002 Scott Heiferman done something he had never done before. He met his neighbours. The ideas of how to strengthen community engagement and connections gave him a flurry of ideas. 30 to be exact and two of which he acted on. One of those was the creation of the MeetUp platform.

Many of use have joined MeetUp groups to learn and connect over common interests and it’s a hugely rewarding networking experience. The last record of user numbers of MeetUp was done in 2017 and was flagged at over 35 million people worldwide. Clearly a few of us out there feel the need to be a part of a community.Let’s also not forget the theory of give to receive. By helping others on the journey by being involved in your world and further understanding your skills and flat out superstar charisma (ok not all of us have that but you know what I mean) people are less likely to feel pressured to click here or call now.

Now can you convert your customers and potential customers into a community? Don’t know where to start? Then let’s bounce some ideas around and start thinking what your community might look like…. I’m up for a coffee when you are. 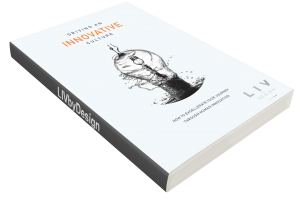